Define the scope for individual actions. Those actions can be of various type: creating a project, deleting a credential, reading roles, etc.

These policies can also be narrowed down to specific entities. So that, if you were to have multiple credentials, you could create a role containing policies only for a specific subset of credential. Thus allowing you to have a thinner control on who can do what. 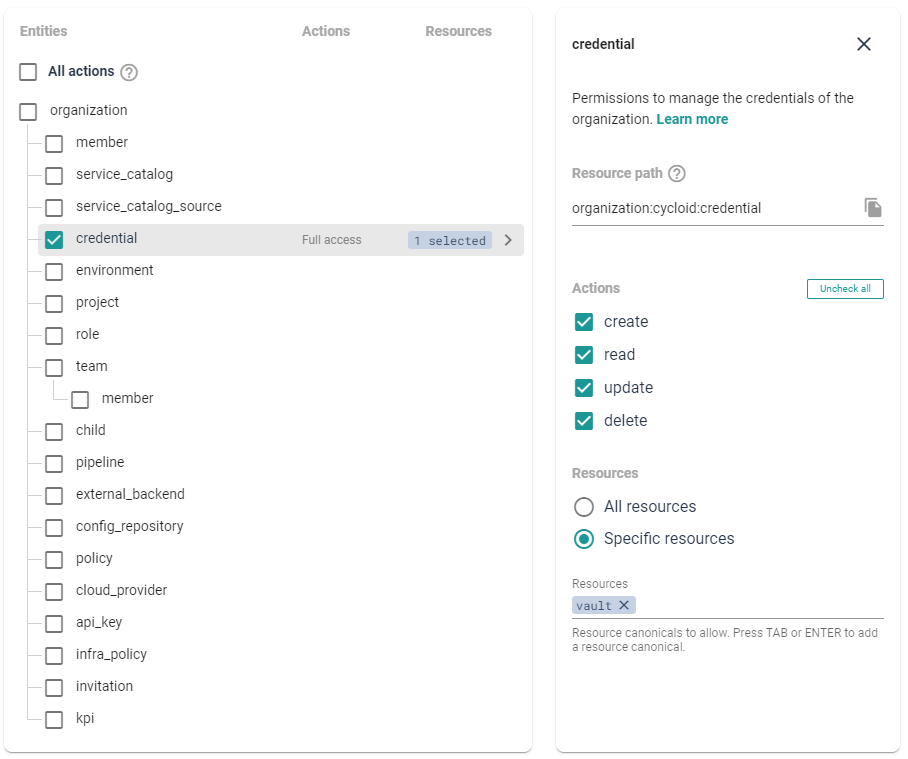 If you want to target a specific Resource you can do it using the 'Specific resources' checkbox. You can there enter the specific 'canonical' of the resource or use * to make partial matches (e.g: *-staging will match all the resources ending with -staging) 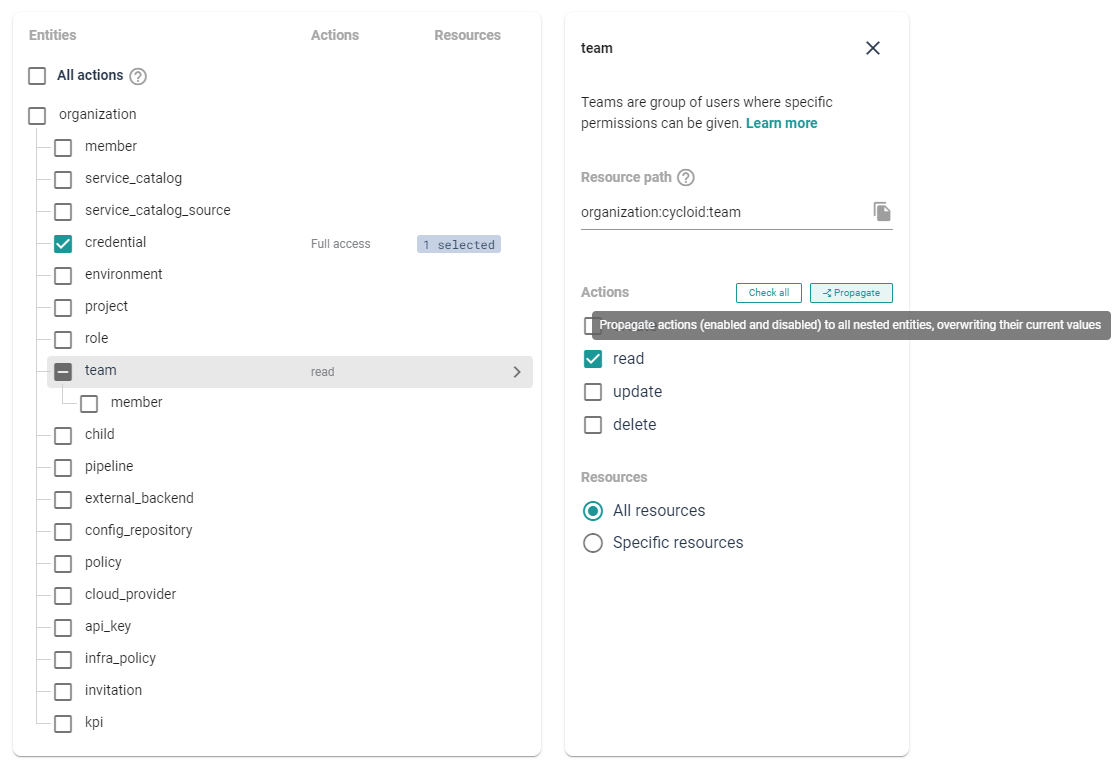 In entities with nested children you'll also find the "Propagate" button, which allows you to spread the actions down to all nested entities. This would obviously NOT spread specific resources, as they are specific of current entity.

Which will allow access to any sub policy/action inside the specific {project-canonical}.

If no resource is given, then the policy will be applied to all resources within the organization

Inside Cycloid permissions are handled by roles which are an aggregation of policies. Those roles can then be assigned to a user at the organization level as a 'default role', or at a team level to provide extra permissions to a set of users within a team.

Roles will be available at both organization & team level. Which means that if you create a "Role A", that can for example manage any project and environments, it will be possible to apply it either to a team, to increase the permissions of those team members, or at the organization level to make it their default role when logging in - assuming they are not part of some teams.

Permissions are handled in an 'incremental way', there is no forbidding rules.

A special role exists, the 'admin' one, which once given provide access to any actions on any resources within the current organization.

The organization role is defined upon invitation of other members, it can be later on edited/updated by members who have access on it. To manage those members please click on the Members button on the left panel.

It is also possible to invite multiple members with the same role:

Teams are simply a gathering of people to which the same role(s) is applied.

This is meant to extend default permission of an organization member, and create logical group of people: because they work together, because there is some hierarchy, because of a temporary task to do, etc.

To create or manage teams, click on the Teams button of the panel: