Cycloid uses the concept of Stacks in a full GitOps approach leveraging infrastructure as code where the automation is owned by your DevOps team.

GitOps works by using Git as a single source of truth for declarative infrastructure and applications. With Git at the center of your delivery pipelines, developers use familiar tools to make pull requests to accelerate and simplify both application deployments and operations tasks.

In addition to stacks, Cycloid offers various features to take full advantage of a GitOps approach:

Or at the application and configuration management level:

These days, IaC makes a lot of sense, but there are some small drawbacks to consider.

For example, the initial setup may take a little longer than usual, because you have to make sure that everything you did has been written down as code for both your infrastructures and/or code. Small changes can also prove to be slower than manual ones: changing a DNS entry could be very quick in a console, but would require you to find the file referencing that DNS entry, update & commit it, and apply the changes.

Those drawbacks are difficult to erase, but IaC comes with a lot more benefits.

As previously mentioned there are many benefits from using IaC.

First of all, via the automation of your IaC you make your day to day operations much more robust and reliable, as you reduce the human error factor. This automation could also come in handy if you need to automatically document your infrastructure, as everything is already written down.

With that automation enters the logic of continuous delivery and collaboration. As everything is automated, you will want to version this code, allowing you to gain better knowledge over your infrastructure.

Everything is now shared, with an history of what has been done, what is currently configured, who applied the changes, who required those changes, etc.

Due to this automation, your infrastructures and environments are now more reproducible (it becomes much easier to create a new one), less likely to environments shifting (or if so, better managed), reusable for other projects, and better controlled.

Taking advantage of the flexibility of the cloud and IaC, you will have a better control over the cost of your infrastructure based on your usage. You can also easily scale up or down, start/stop environments that you do not use at night or during development phases, etc.

Cycloid recommends the usage of Infrastructure as Code and invites you to organize this code using the concept of a Stack.

A stack is a way to build and organize your infrastructure as code and files. There is nothing required, it's up to you to follow and apply it to any tools and software or not.

The global idea is to create a generic description of your application that you will use across all your projects and environments. Exposing to the end users only a few configurable parameters, based on their needs.

Let's give a simple example with a tree. From a Cycloid point of view, the stack would be the definition of the shape of the tree. A tree will be composed of roots, a trunk, branches, and leaves on top of it. Unfortunately not all your users ask for the exact same tree, each one wants a different color.

This is where Cycloid speaks about config for a stack. In our tree example, we could imagine a color parameter in the stack letting the user chose the color of his tree. This way all trees will share the exact same shape defined in the stack and a color defined by the user in his config. 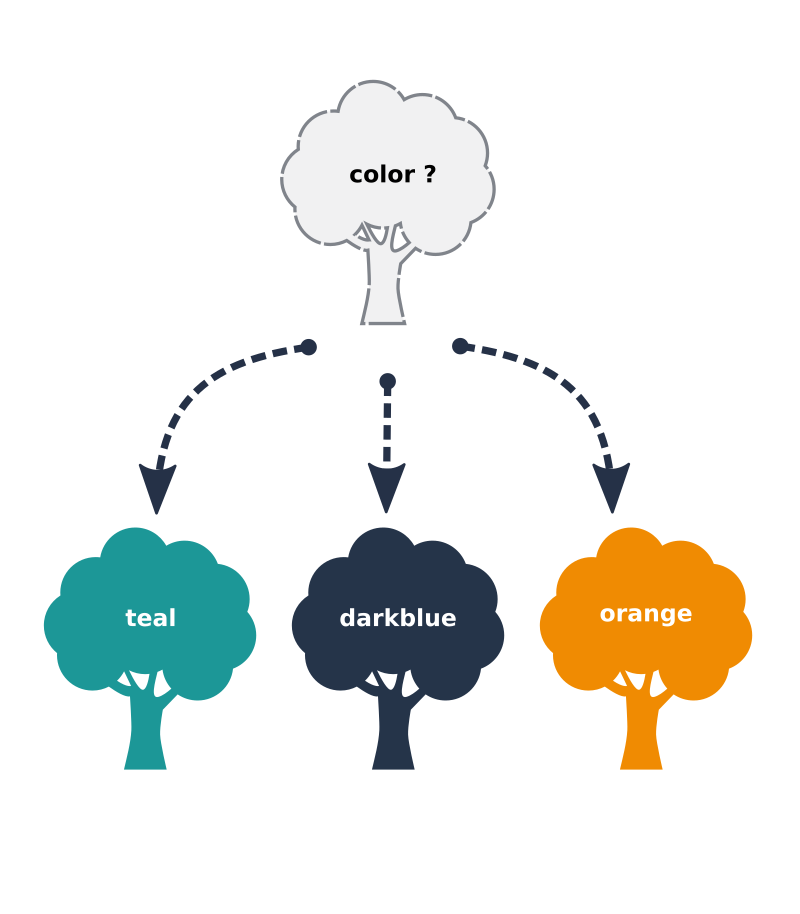 To achieve it from a technical point of view, we speak about stack and config: 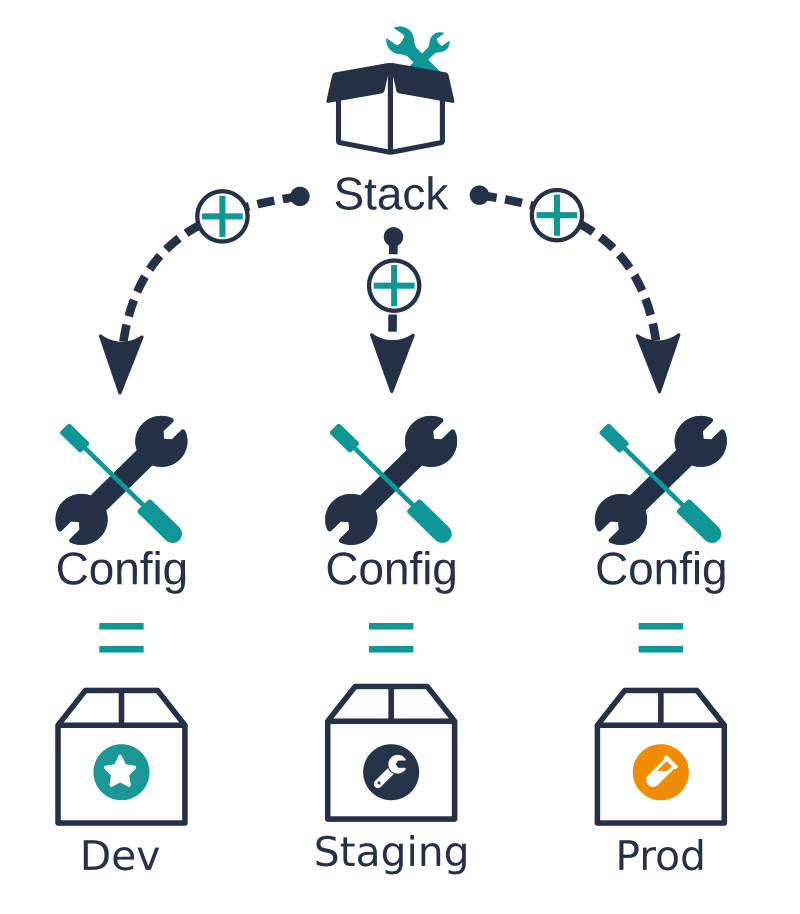 To understand a little bit more what do we expect to find in those 2 sections, let's use a basic example of a LEMP stack (opens new window):

Basically in a project, you might want staging environment to be the same as the production one but, with smaller servers size to limit the cost. Using the stack concept, all environments will share the same stack but use their own dedicated config to specify the various sizes of the environment.

Cycloid Framework is here to make the glue and the integration between technologies. Most of our stacks are based on OpenSource technologies such as these.

It is not mandatory to use all those parts, for example if your stack goal is only to create infrastructure via Terraform, you can ignore Ansible.

You can also use other technologies (e.g.: Salt, Puppet, Chef, etc.) adapted to your needs, feel free to ask Cycloid engineers for some help

Because your projects are automated and reproducible via IaC, environments can be seen as versions of your projects.

Usual common environments naming are dev, staging, preprod & prod, but those are just common names and could be of any kind. So an environment will be a call to your IaC tools with different parameters.

The core element of a stack is a pipeline. Each stack contains a template of a pipeline and a sample of variables.

A pipeline describes the workflow of a stack, how to create the application and also how to automate and orchestrate the deployment of new releases.

Each stack contains a YAML template of the pipeline and a sample of variables to configure it. When you create a project from a stack, the template is read by Cycloid to create a running pipeline.

You'll learn more about the Pipeline deployment in the Manage section.

Workers are used to execute pipeline jobs and perform resource checks. Having at least one worker is mandatory for your pipelines to work.

The pipeline engine used in the Cycloid platform is composed of 2 components:

You can learn more about Worker deployment in the Manage section.