A stack is composed by a stack part and a config part (see Concept of a stack).

Our app is designed to easily mange the stacks content and configuration files through the Catalog Repository and Config Repository pages, with only need of providing SSH credentials and repository URLs.

If you manually add or remove a stack in the git repository of your stack, or if you do any changes in a .cycloid.yml file, a refresh of the stack is required.

A private stack is defined by at least one .cycloid.yml file and one Pipeline. Those files have to be put in a git repository which can be private or public.

In a git repository you can create one or several stacks: one at the root level or several stacks in subdirectories (maxdepth 1). Those stacks can be created in a branch of your choice, might it be named stacks or whatever you prefer the most.

A private stack is basically a container for stacks and their config that's all stored in a private git repository. To access this repository you will first need to add a new SSH credential to access it. You can do it from Cycloid credentials manager.

To do so, go to the security/credentials page using the main navigation. From there you can either select an existing credential or create a new one, but make sure to use the SSH or basic_auth credential type.

Then go to the Catalog repositories icon in the main navigation to start creating a new one using the previously added SSH credential.

Following the documentation, Github access token can be used as basic_auth credential.

In the stacks branch you should find at the top level the names of stacks. For example stack-infrastructure, stack-myApp, ...

In those stacks, you might have 3 directories and 2 files:

Here is an example :

In the config branch you might find at top level name of stacks. For example infrastructure, myProject, ...

Here is an example :

As described in Concept of a stack, during a deployment, the stack and the config are merged. That means you can put whatever you want in the stack or in the config, keeping in mind that the file in config will override the one located in stack. There is no limit, in some specific cases you can even override an entire stack with config if you respect the same files path. 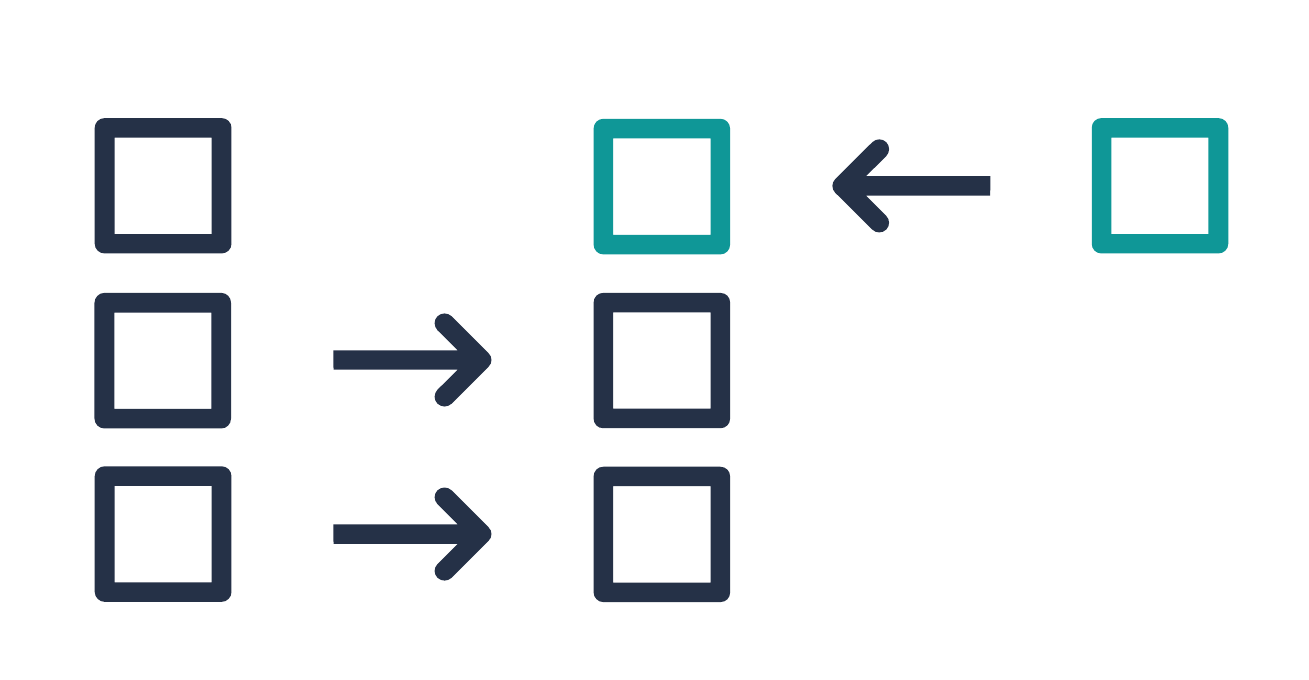 # Creating and updating a config repository

Creating or updating the config repository from inside the app is overall an easy task.

Having a config repository as default means having it pre-selected by default during project creation.

The specified Git repository has to be accessible by Cycloid's API and potentially by Cycloid workers if you want to use it inside a pipeline.

# Creating and updating a catalog repository

As Creating and updating a config repository, creating or updating the catalog repository is also a pretty easy task.

From here, you'll only need to add four information:

The specified Git repository has to be accessible by Cycloid's API and potentially by Cycloid workers if you want to use it inside a pipeline.

We usually create a CodeCommit repository with a branch stacks containing one or more private stack definition, and a config branch containing all stacks configuration for each environments.

To access to a CodeCommit repository you need to have an Amazon user on which you add a policy to access to CodeCommit and provide a public ssh key. See AWS Access Control Docs

To get the login for your user to clone a CodeCommit repository go to the Amazon console: AWS Console Users

Click on your user and go in the security credentials section, you should find the id under the CodeCommit section.

The first step is to get locally the git repository of the stack and the config with the CodeCommit user id.